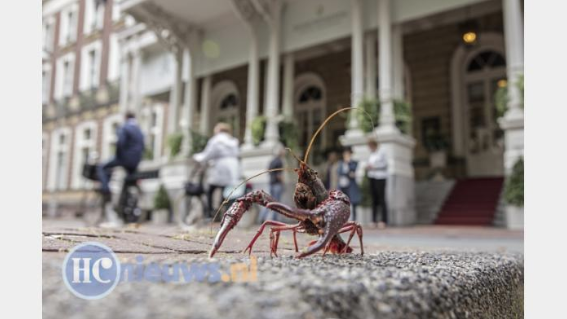 On Friday June 29, Filmhuis Pier K will play the film De Wilde Stad. The city lives with flora and fauna in the delicious documentary De Wilde Stad. The film starts at 20.00 and tickets cost? 8, – per piece including a pause drink. Filmhouse Pier K is part of Pier K, center for art and culture and is located at the Harmonieplein in Nieuw-Vennep. Tickets can be reserved via www.pier-k.nl or call the Information and Tickets desk on telephone number 023 566 95 65 (on working days). In addition, the tickets are for sale on the evening itself.

Mountain ranges of glass and concrete, industrial savannas, kilometers of sewer pipes. For a large number of wild animals, trees and plants, our streets, tunnels, waterways and brick buildings are just as suitable and attractive as a primeval forest or new wilderness. The city does not repress or replace nature, it’s nature. From the creators of the nature films De Nieuwe Wildernis (Golden Calf 2013) and Holland – Nature in the Delta (Golden Film 2015) there is now De Wilde Stad: a cinema film that connects exciting scenes with surprising documentary images of urban nature. Review: “The Wild City shows a hidden world that has been beautifully captured.” – Algemeen Dagblad